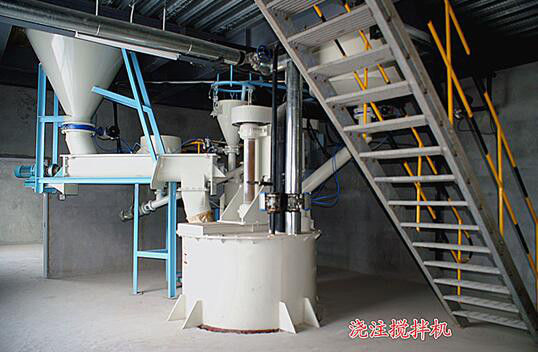 It is a meter (refer to the picture) used for measuring the powder before slurry feeding for mixing.

The drum shapes like a truncated cone, which make the discharge quick. It is made of rolling steel and there is washing pipe inside.

When the slurry is fed into the chamber, the electrical sensor will transfer the weight to the display automatically, and it will output the signal to the computer. The discharge is controlled by the pneumatic valve.

Shut off the power supply after each shift, and clean the drum wall, in order to make sure the powder weighing is accurate

Clean the dust on the sensor and weighing display.

It should follow the instruction when operate the meter

No other current is allowed to go through the electrical sensor, for example, when weld the ground wiring.

Do not sunshine the weighing display, and avoid any sudden temperature change and vibration

The meter has been calibrated before ex-factory, do not change.

Our products are sold all over the world, you can rest assured.

描述 描述
Get a Quote